Sick, tired and can’t sleep. The least I can do is to listen to some Sufi music and try to feel better. 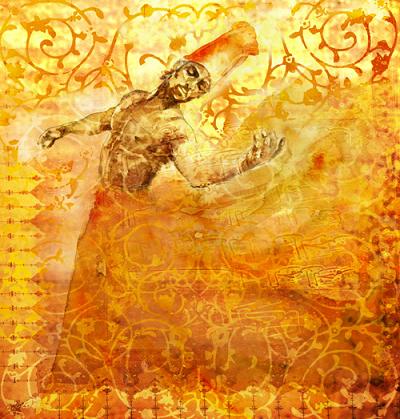 Funny thing is in Islam you are not supposed to idolize anything. Because we treat God as “noor” – light. So when Sufis started giving God a form in their poems – beautiful poems – and sing for hours about falling in love with God (similar to Gopikas of Krishna) – they are kinda looked down by proper muslims.

In India you would see Sufi saints everywhere. The one tell tale sign of them is that they have tomb. And that’s a form of idolization and the *proper* muslims call them with various names and don’t recognize them as muslims. I never knew anything about them. I would be visiting my grand parents and a singing saint would come by for alms and my grand mother would give him food but doesn’t engage him. She would be mad at him but still out of her generous nature she would still give him money/food. This idea of no-form-God is so entrenched in her that she can never forgive him for what he is doing – singing the glory of God. Idolizing God.

It so happened one of those summers while I was visiting them – my uncle happend to be around. And as the saint came in for alms, my uncle asked him to sing a song for us. The saint was so happy and sang a beautiful Qawwali song. It moved me so much. I was surprised how much love he expressed in his song.

Then I learned more and more about Sufism and their whirling dervishes.

Moinuddin Chisti or Khwaja is one such saint who is from 12th century. His tomb is located in Ajmer in India is very very popular with both muslims, hindus and anyone who has faith in good. Sufi music is getting into mainstream in India. Kailash Kher made it more popular. And here is a song from Indian blockbuster Jodhaa Akbar – which is a story of King Akbar who falls in love with non-muslim Jodhaa. This is a beautiful song.